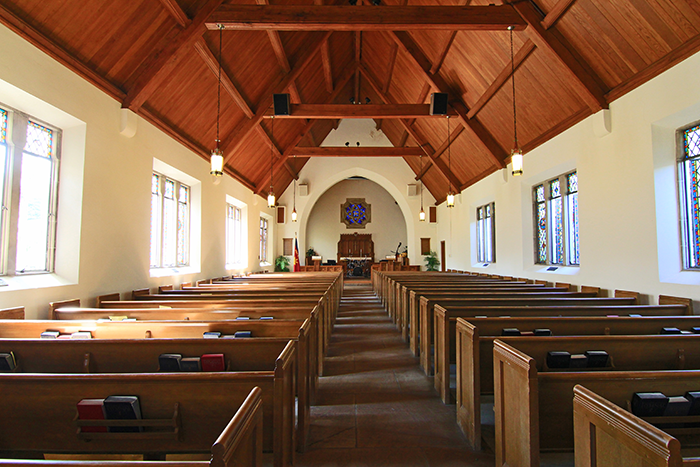 Christianity in Decline in the US, Christians React

The Pew Research Center recently released four hypothetical scenarios on what the religious landscape in the US might look like based on ongoing trends. The four models projected that if religious switching continues, Christians could someday soon become the minority in the country. The think tank forecasts from 64% of the US population who identify as Christians in 2020, it would decline to between 35-54% in 2070.

Christian leaders and professionals reflected on the scenarios Pew presented and while the models were bleak, they advised fellow believers to challenge themselves to become creative in pursuing and protecting the majority status they enjoy now, according to the online magazine, Sojourners.

“The Christian calling to love God and love our neighbors endures, regardless of our demographics. Christianity began and spread as a minority religion for centuries. One important difference from our beginnings, and most of our history as Christians, is that 21st century people in the U.S. — of all religions and none — have legally-protected religious freedom. We should celebrate the freedom to act on our religious beliefs without unnecessary government interference, as well as the freedom to change religions.

Rev. Letiah Fraser, pastor with the Church of the Nazarene and organizer with the Poor People’s Campaign
“While it is true that people want less to do with institutionalized Christianity, many still have, and want to maintain, a deep connection to God and to others who care about spiritual things. This does not bring me to despair because the early followers of Jesus were a minority religion. They were not perfect by any means, but they strived to create beloved communities around them in a political and religious atmosphere that did not favor followers of the way. Yet, it was said of them, they were people who turned the world upside. I wonder if becoming a minority religion will refocus our priorities on loving God and neighbor, care for the poor, and justice for those being oppressed.”

Danté Stewart, author of Shoutin’ in the Fire: An American Epistle
“Prayerfully, by 2070 I will be much older then and much wiser. As an elderly person in the faith, I hope my advice will be what I found as a young man: Faith is not a weapon to be used, but a world to be explored. Christians, be sure to be on the side of those who want more people free and not on the side of those who want to take away that freedom. If we can, then faith in public will be seen as a public good rather than a public vice.”

Scott Dawson, evangelical author
“I’d point out two things. First, it can turn quickly. Spiritual awakening can and must happen in America. Too much is at stake. That is something most Christians should and must be praying for.

“Second, I believe the study is indicating church attendance and or affiliation. There is a stark difference between attending church and being a follower of Christ. Jesus refers to this in Matthew 7 when He says, ‘Not everyone who calls me Lord, Lord [will enter the kingdom of heaven].’ He compares two roads: one being wide, crowded and easy, the other being narrow, hard and few. What does this mean? To me, it means there really aren’t as many followers of Jesus, so when culture changes, the masses will follow. [To those] who know Jesus, there are NO other options.”

In the 2018 article, “Confronting Secularism Today,” Fr. Robert J. Spitzer, S.J., Ph.D. wrote that the church should address first the problems of unbelief among young Christians. He suggested presenting credible contemporary scientific evidence to back up truths about God, the soul and Jesus. The cleric identified seven areas on how to reinforce students’ faith and reverse the direction of those who are considering unbelief.

Pew authors claimed that their projections could be blown up and new patterns could emerge anytime. “Armed conflicts, social movements, rising authoritarianism, natural disasters or worsening economic conditions are just a few of the circumstances that sometimes trigger sudden social – and religious – upheavals.”

Religious revival in the US in not impossible, but Stephanie Kramer, a senior researcher with Pew, said it’s unlikely. “We’ve never seen it, and we don’t have the data to model a religious reversal,” she disclosed.

Priest Who Went to Hell Shares What He Saw

A priest from Michigan claims he died and went to hell in 2016, saying he wouldn't wish it on his worst enemy.

Biking from Texas to Alaska to Fight Cancer