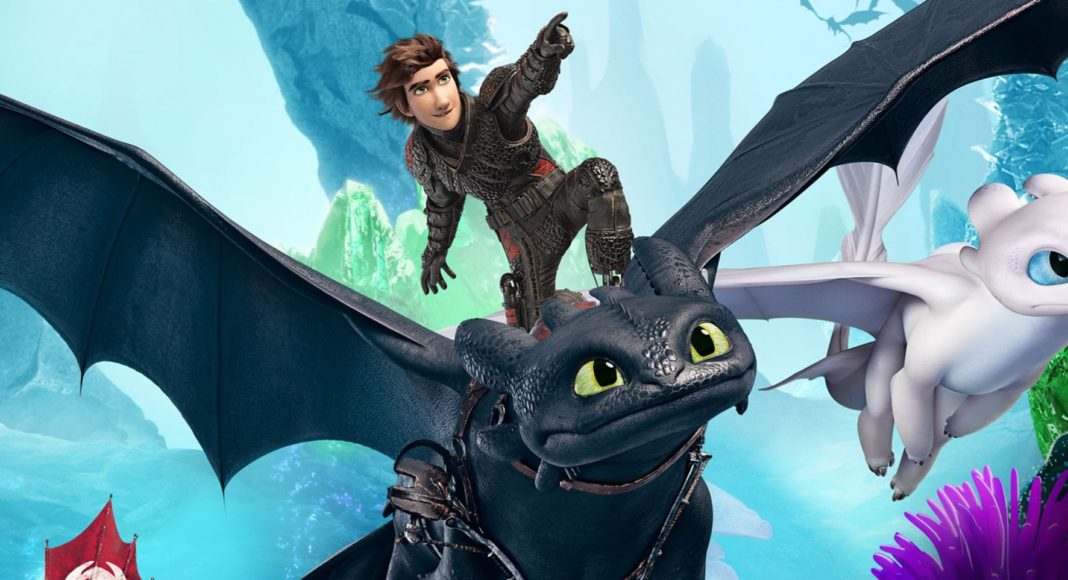 REVIEW: ‘How to Train Your Dragon 3’ and old-fashioned romance

Fans of romantic movies often watch the Hallmark Channel. As for me, I’ll take the newest How to Train Your Dragon film.

Don’t get me wrong: I, too, enjoy squeaky-clean romantic flicks starring Candace Cameron-Bure. I’ve seen every Love Finds You film out there. (They’re on UP TV.)

But those movies don’t hold the attention of my children, who need to see positive role models on the big screen falling in love. How to Train Your Dragon: The Hidden World (PG), which opens this weekend, fills that void.

It is the third film in the How to Train Your Dragon series and follows the story of a dragon-loving Viking named Hiccup, who was 15 when the series began but is now a 20-year-old adult. Hiccup taught his people to live peacefully with dragons. He taught them to appreciate dragons, not kill them. He even has a dragon pet, named Toothless.

The Hidden World opens with Hiccup and his friends roaming the countryside to set caged dragons free from poachers. The dragons then fly back to Hiccup’s village, Berk, where they live alongside other level-headed Vikings.

Not everyone, though, agrees with Hiccup. In fact, most Vikings don’t.

A poacher named Grimmel the Grisly then enters the story. He’s the meanest dragon-killer out there, and he’s searching for Hiccup. If Hiccup is found, then the thousands of dragons he’s protecting will be endangered.

Yet Hiccup has a plan. It involves finding a Bermuda Triangle-like location where dragons originate. It’s across the ocean, at the edge of world, and — if found — could provide a save home for the dragons forever.

Love, though, is the theme of The Hidden World. We see Hiccup and his girlfriend, Astrid, finally get serious about marriage. We watch Toothless, a rare night fury dragon, find a mate who is just like him. And we learn how Hiccup’s deceased father, Stoick, remained committed to the love of his life, Valka. Fans of the series will remember that Valka was taken by a dragon and presumed dead. Through flashbacks, we watch a young Hiccup ask his father: Are you going to get us a new mom? Stoick responds: I don’t want another. Your mom was the only woman for me.

Stoick then tells Hiccup: “There’s no greater gift than love.”

It’s a scene pulled straight out of a Hallmark movie and plopped into a dragon cartoon. Of course, the point isn’t not to remarry. The point is to be committed to the one you’re with. That’s what the Bible teaches about marriage, right? It’s a much-needed message for our hook-up culture.

There are other lessons, too, including about leadership, courage, self-doubt and humility. There’s a broader message for the culture about living with peace with your neighbor. (Grimmel wants to kill the dragons because humans are superior. Hiccup just wants both sides to live harmoniously.)

The Hidden World isn’t a perfect film — we hear “oh my gods” and “for Thor’s sake,” among other exclamations — but the violence remains in mostly kid-friendly territory. There’s no blood. There’s no dead bodies.

Rated PG for adventure action and some mild rude humor.

My family was vacationing at a condo a while back when I stumbled upon...

Max McLean re-tells C.S. Lewis’ story in ‘The Most Reluctant Convert’ — ‘people really resonate’ with him

You may not know Max McLean’s face, but you may know his rich, baritone...

I Can Only Imagine Interview